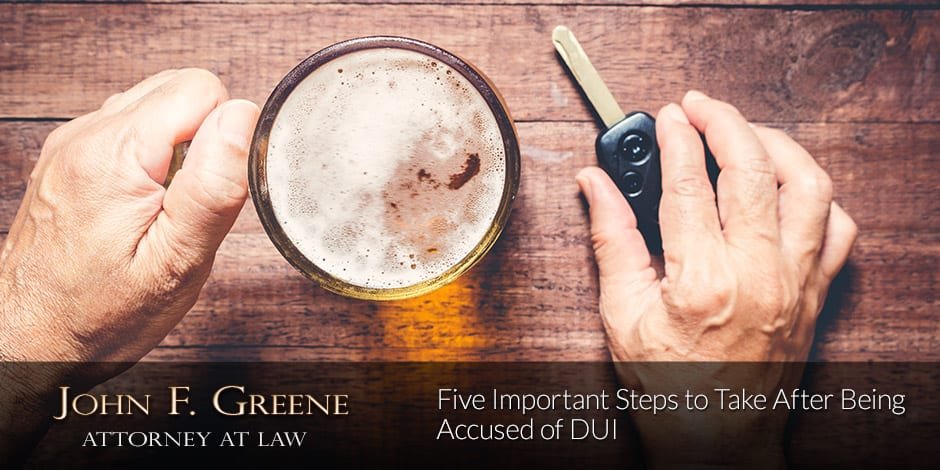 If you’ve been accused of DUI (driving under the influence), you’re in good company; the Florida DMV reports that 43,899 DUI violation tickets were issued in 2017. These charges may be common, but they’re also devastating; consequences could include large fines, a suspended license, probation, or even jail time. How you behave in the immediate aftermath of your arrest could determine your sentence (or lack thereof). Follow these suggestions to ensure the best possible outcome:

1. Record Everything You Remember

Memory can be fleeting, especially when you’re processing the many emotions that accompany a DUI. As soon as you’re able, jot down every detail you remember from your arrest. These notes should only be shared with your attorney. Essential questions to answer include:

Get an attorney involved in your case as quickly as possible. Legal representation will significantly improve your likelihood of either reducing your charges or having them dismissed outright. Research from Martindale-Nolo suggests that DUI conviction rates are considerably lower for those who hire a private lawyer. Furthermore, research indicates that those aided by attorneys are more likely to obtain case dismissals, or, at a minimum, plea bargains for lesser, non-DUI sentences.

Ideally, your attorney should be well-versed in local DUI law. Vet carefully to determine each prospective lawyer’s background, including education, case history, and approach to criminal law.

3. Keep In Touch With Your Attorney

Your lawyer is a valuable resource; make the most of consultations or email interactions to get up to speed on your case. Keep in close contact throughout the duration of this legal ordeal. Don’t hesitate to ask any questions that might arise, even if they seem small or you suspect that the answer is obvious.

4. Get in Touch With Witnesses

Ideally, you will have noted the names of witnesses shortly after your arrest. Review this information and, if possible, reach out to these people. Begin with those in your vehicle at the time of the arrest, as they can attest to how you were treated by law enforcement officials. Those who saw you shortly before your arrest may also prove helpful; they can verify that you were not observably intoxicated at the time of your interaction.

In an Instagram age, it’s tempting to share every detail of our lives with our followers. Unfortunately, anything you post online can be used against you — even if you’ve taken extreme measures to make your social media accounts private. When in doubt, avoid social media completely. Even posts or comments seemingly unrelated to your DUI charges could come back to haunt you.