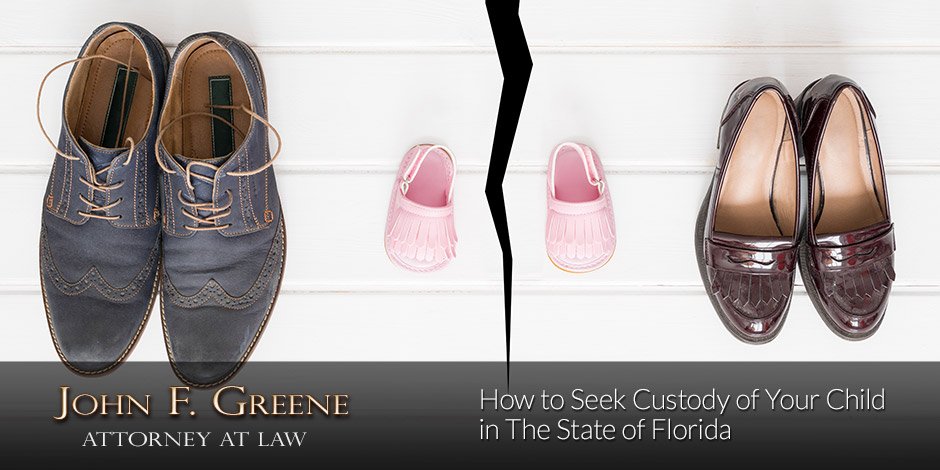 The most emotional and anxiety-inducing aspects of divorce and separation nearly always involve children. Custody arrangements, in particular, are bound to cause stress, particularly for parents who struggle to understand local legislation. Below, we offer a brief overview of how to seek custody of your child in the state of Florida:

Florida courts typically do not reference the concept of custody, instead referring to parenting plans in which time with children is divided between parents based on their capabilities and the best interests of each child. That being said, one parent will often take on the bulk of childcare duties. Separating or divorcing parents are required by state law to enter into parenting plan agreements, which are typically developed by the child’s parents and authorized by the court.

A recently passed law granted Florida’s Department of Revenue authority to provide proposed standard parenting time plans, which are intended to streamline the process of delegating parental duties. While this new law is intended to promote contact between children and non-custodial parents, the standard parenting time approach generally does not benefit those who intend to secure sole custody. The plan does not apply to situations in which domestic violence is present. Plans can easily be modified if one of the parents suspects that the standard arrangement may place children at risk.

Sole Custody of Your Child in the State of Florida

Securing sole custody of your child in the state of Florida is notoriously challenging, where local courts deem it in children’s best interests to maintain close bonds with both parents. Despite the state’s strong preference for shared parenting time, sole custody may be warranted in some situations. It is most likely to be awarded if one of the parents demonstrates a clear history of abuse or neglect.

Florida courts weigh the preference for continued ties to both parents against evidence of mistreatment or other factors that might prompt suffering for the child in question. If not pursuing the newly approved standardized approach to parenting time, courts may consider the following factors in awarding custody:

Invoking the Florida Rules of Procedure, the state’s dependency court may be the preferred process for family cases involving allegations of abuse or neglect. The dependency process initiates as soon as a case is deemed legitimate by the Department of Children and Families.

Given the time-sensitive nature of dependency cases, children may be granted emergency shelter. Otherwise, prompt court hearings are scheduled with the intention of examining the potential hazards children may incur by remaining with their current custodian. A case plan may be developed to address issues brought up in the initial hearing; if this plan is not carried out appropriately, additional court visits may be necessary, possibly even leading to the child’s removal from the parent’s home.

If you’re currently facing a difficult custody or dependency battle in court, it is absolutely essential that you seek quality legal representation in Destin. Attorney John F. Greene can provide the assertive, yet compassionate support you need. To get started, call 850-424-6833 or reach out online.