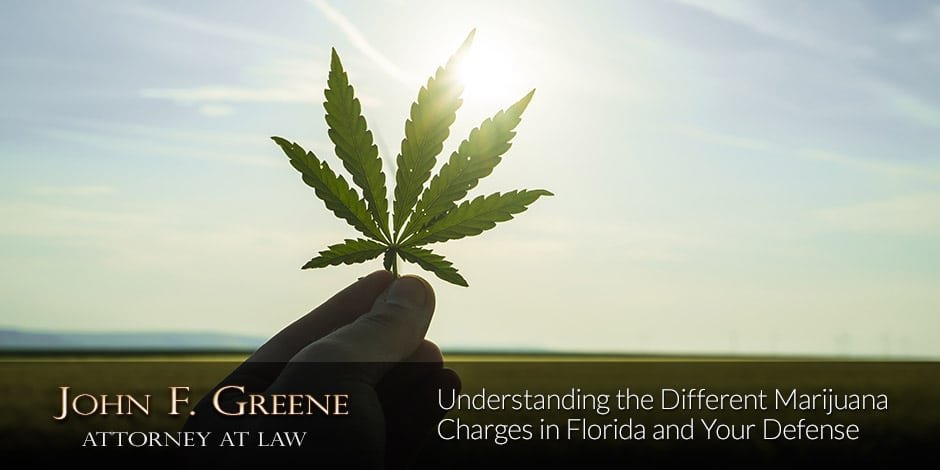 In recent years, several states across the country have been easing up their penalties for possession of marijuana. In fact, some states (such as California, Colorado, and Washington) have legalized recreational marijuana in various capacities. The state of Florida still has among the toughest penalties on drug use and possession, including marijuana.

While marijuana penalties are certainly less severe than many other drugs, you can still incur heavy penalties and possible jail time for possession, use, and sale of marijuana. Therefore, it is important to understand what the law specifies with regards to this controlled substance and how you can defend yourself if charged with possession of marijuana. A Destin defense attorney can represent your case and possibly prevent you from incurring heavy fines or being sentenced to jail.

In Florida, the penalties you can face for marijuana possession will depend on the quantity that you were arrested with as well as your intent. Selling-and-distributing marijuana typically has stiffer penalties than possession and use.

Charges for possession of marijuana depend on quantity. Possession is based on knowingly and actively/constructively possessing a certain amount of marijuana, which is specified as a controlled substance in Florida.

If charged with selling and distributing marijuana, your penalty will also depend on the amounts being sold. For example, selling 20g or less is classified as a misdemeanor charge and carries a maximum fine of $1000 and 1 year in jail.

In 2016, an amendment was passed to the Florida constitution that allowed medical marijuana to be legalized under specific circumstances. The act is known as “Florida Medical Marijuana Legalization Initiative” and it legalizes medical marijuana for use by persons who have specific diseases or illnesses that result in a debilitating condition.

Constructive possession provides a window through which your case can be successfully defended by an experienced Florida drug defense attorney.

If you’ve been charged with marijuana possession, a qualified Florida defense attorney can help. An experienced criminal lawyer such as Attorney John F. Greene can closely review your case and help you contest any relevant issues. Note that you often need to prove in court that your possession was not with the intent to sell.

With an experienced drug defense attorney by your side, you can be sure that all circumstances regarding your case will be closely reviewed in order to prepare a strong defense. Residents in Crest View, Fort Walton Beach, Panama City, Destin, and other nearby cities can call Attorney Greene at (850) 424-6833 or schedule a consultation online.