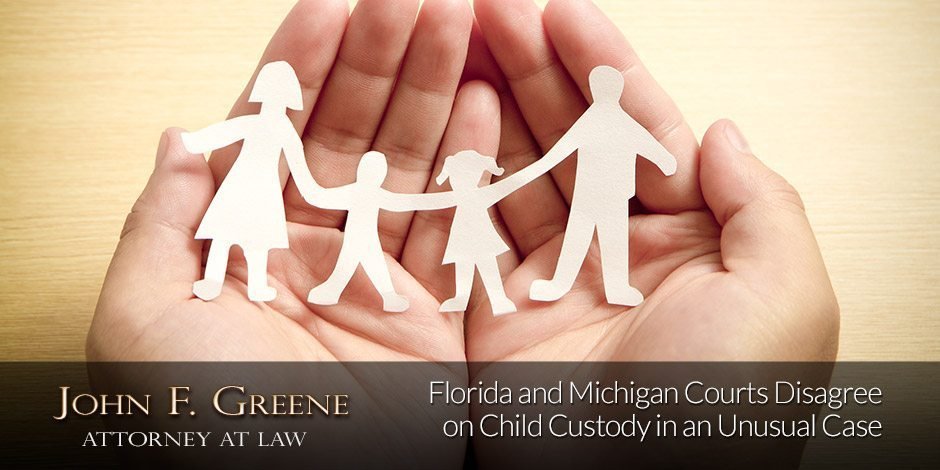 If there is one general rule applicable to all divorces, it is that every divorce is unique. Each divorcing Florida couple will have their own preferences for how assets are distributed, custody is determined and so on. Still, some divorces are more unique than others. Such was the case in a highly unusual child custody case involving both Florida and Michigan courts. The complex custody battle lasted for three years without conclusion, until the children involved in the dispute passed away in a tragic accident.

Federal documents from the Michigan custody proceedings revealed that the mother, Tonya Capallia-Eason, made multiple allegations of child abuse and violence against the father, Andrew Bird. These allegations began in June of 2013 when the mother took the children to Florida. None of her complaints against the father led to charges, and some were outright dismissed since the allegations could not be substantiated.

However, the mother did obtain an order of protection against the father — dated to November 2014 — primarily because the father did not appear in Florida court to respond. Signs of increased strain in the couple’s co-parenting relationship were revealed when the state of Florida began seeking child support from the father. Florida law requires such payments when children are receiving medical benefits and/or welfare. The claim for child support in Florida was filed in February of 2014.

Just 5 months later, however, the father filed for custody of the children in Michigan court. Yet, the Circuit Court Judge in Nassau County, Florida disagreed with the Michigan court. The Nassau County court found that Florida, not Michigan, was the proper venue for the custody dispute. This determination was based on the fact that the pair’s children had lived in the state of Florida for more than a year prior to Mr. Bird’s custody filing.

As a result, the Florida judge granted sole custody to the mother, Tonya Capallia-Eason, while also denying Mr. Bird the right to visit the children. Since the judges in the case could not agree, Ms. Capallia-Eason attempted to pursue the matter in federal court, but the federal court chose to stay out of the matter. Sadly, the matter was never resolved since Ms. Capallia-Eason crashed her vehicle in late October of 2016, killing her 8 and 9-year-old children. 6 other children were injured in the accident, and witness accounts reveal she had been drinking heavily before the accident occurred.

This tragic custody dispute never saw a proper conclusion, but it is a sobering reminder of the need for civility whenever possible during Florida divorce proceedings. It also underscores the importance of both parties reaching a fair and equitable arrangement without court involvement. Once the courts step in, divorcing parties should realize that lengthy and prolonged disputes in the courtroom may become a reality.

Of course, sometimes a heated divorce and contested custody disputes cannot be avoided. When such situations arise, you need a divorce attorney who will fight for your legal rights and an equitable outcome.

From his Destin office, John F. Greene helps clients through every aspect of their divorce in Destin as well as Northwest Florida and the Emerald Coast, which includes Santa Rosa, Walton, Okaloosa and Bay Counties. John also helps clients through divorce and custody proceedings in the Destin, Niceville, Panama City, Fort Walton Beach and Santa Rosa Beach communities.

If you need a Destin divorce attorney, contact attorney John F. Greene or call 850-424-6833 for a legal consultation.