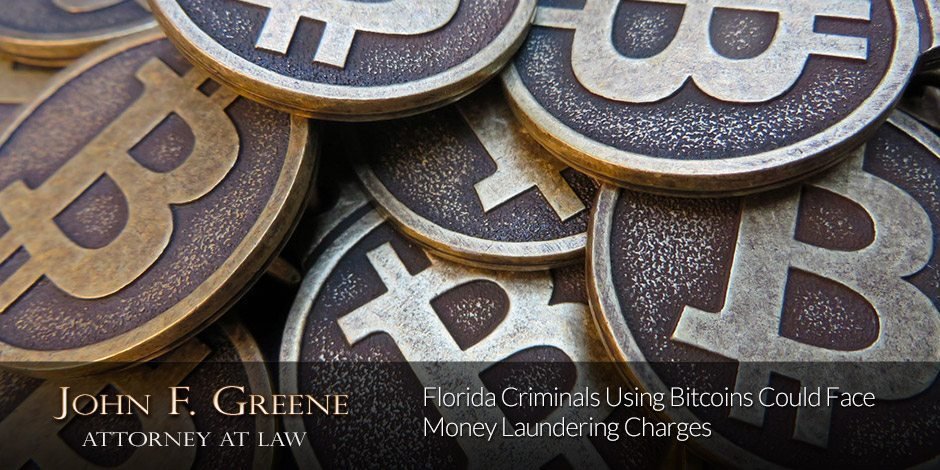 Bitcoin, a form of virtual currency, is highly popular among some who value the currency’s anonymity and encryption techniques designed to protect privacy. For clear reasons, these traits are highly valued by some criminals looking to further criminal activity while bypassing traditional banking systems.

The increased prevalence of using Bitcoin to further criminal activity or disguise illegally acquired funds has drawn the scrutiny of Florida lawmakers. As a result, Florida’s House and Senate approved a bill that would allow criminals who use Bitcoin to also be convicted of money laundering. Now, the bill heads to Gov. Scott’s desk for approval.

Purpose of the New Legislation

If the newly approved bill is signed into law by Florida’s governor,  it will provide more clarity as to how police can pursue criminals who use Bitcoin for illegal purposes.

Specifically, the bill defines virtual currency more clearly and also prohibits the use of virtual currency in laundering criminal proceeds. The proposed bill will expand Florida’s Money Laundering Act to include digital currency, defining digital currency as a “medium of exchange in an electronic or digital format that is not a coin or currency of the United States or any other country.”

Before this new bill was approved, the Act only applied to more traditional types of financial transactions, such as wire transfers, investments or bank deposits.

This change in language is poised to have the net effect of ensuring criminals who use digital currencies like Bitcoin will be charged with money laundering. Without this change, alleged criminal behavior could have only been charged for their underlying criminal activity alone, not the funding of it.

Given that those involved in criminal activity may now soon be charged with using digital currency to fund criminal activity, it is important to know the consequences of a money laundering conviction.

Lesser money laundering offenses may be treated as a second or third-degree offense, which can still lead to a 15 or 5-year prison sentence, respectively.

If you need a Florida money laundering defense from an attorney who will fight to have your charges reduced or dismissed, contact Destin defense attorney John F. Greene or call 850-424-6833.